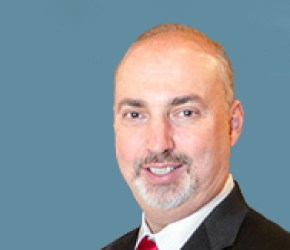 Responsible for the day to day operations of the Intel solutions portfolio including strategic planning, support, and business development.

Matt Vorsteg joined Tyto Athene in 2018 from the acquisition of Island Information Technology Consultants, Inc. where he was the Director of Operations, focused on operations and staffing and business development.  Born and raised in Laurel, MD, Matt studied engineering at the University of Maryland. After graduation, he joined the National Security Agency as a network engineer where he designed and deployed many telecommunication systems throughout Europe, Asia, the Middle East, and Central America. He later moved into management in the Network Implementation and Architecture organizations.

After 14 years with NSA, Matt departed as part of the GROUNDBREAKER outsourcing effort. He joined the Eagle-Alliance for three years, serving as the Technical Director of the Network Architecture Group and later as the Director of the Project Framework.

In 2004 and joined JKA Technologies, Inc., where he served as Vice President where he focused on operations and staffing and continued to expand his understanding of IT services, program management, and personnel management before moving to Island Information Technology Consultants in 2011.

Matt has a Bachelor of Science Degree in Electrical Engineering and is current with his Project Management Professional (PMP) Certification.

Please contact us for more information about our services, partners or our upcoming events.