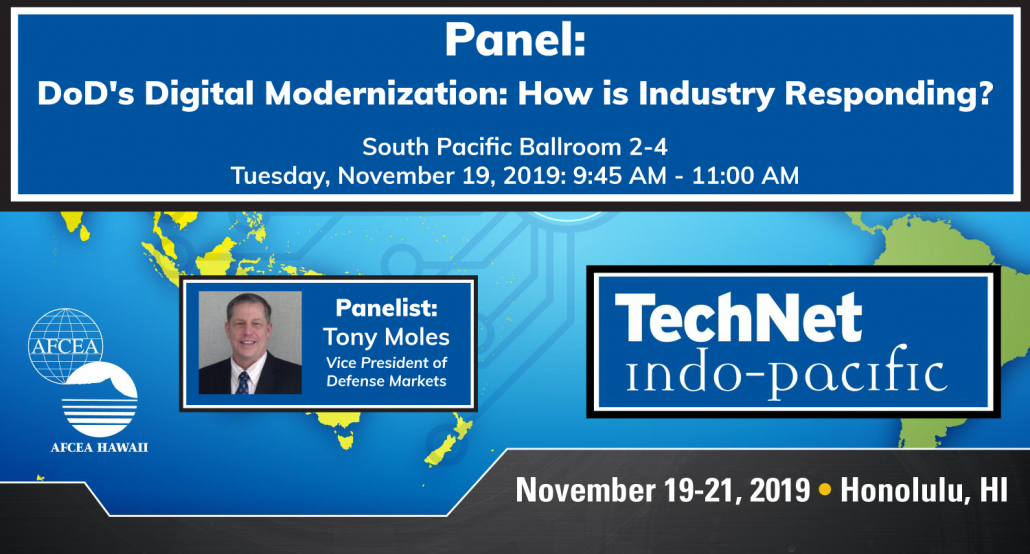 Congratulations is in order for Tyto Athene’s Vice President of Defense Markets, Tony Moles! Mr. Moles has been selected to sit on an Industry Panel, “DoD’s Digital Modernization: How is Industry Responding?” at TechNet Indo Pacific. There were a significant number of applicants that were considered for the panel, comprising applicants from GDIT, Verizon, BAH and Microsoft.

Mr. Moles brings insight from his background providing innovative and adaptive integration of hardware, software, and infrastructure for DoD and other government agencies. Currently in his position at Tyto Athene, he works to provide world class networks using a common set of standards, protocols, and interfaces to enable the sharing of data, information, and information technology (IT) services in a global environment.

Mr. Moles also had a distinguished military career in the US Army as a soldier, civilian and contractor with over 40 years of service. His active duty assignments included multiple command and staff positions at the Battalion, Corps and Theater levels.

The other esteemed panelists that will join Tony Moles on November 19th include:

Formerly TechNet Asia Pacific, AFCEA International and AFCEA Hawaii have re-named their signature event in the region TechNet Indo-Pacific. The largest event focusing on regional defense issues, TechNet Indo Pacific conference will reflect the expanded broader Asia view with participation from throughout the area, discussing defense policies and challenges and their relevance to both industry and government through this new lens.